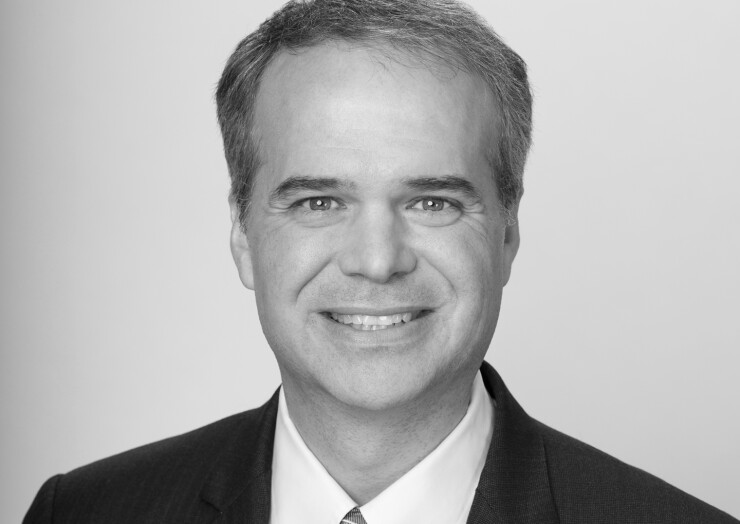 The action completes a round of upgrades that rewarded the state for progress in tackling chronic strains that were made worse by a two-year budget impasse that dragged the state’s ratings to the edge of junk.

S&P lifted the general obligation rating to BBB-plus from BBB, which in turn lifted appropriation-backed debt to BBB from BBB-minus and moral obligation backed bonds to BB-plus from BB. Sales tax backed Build Illinois bonds rose to A-minus from BBB-plus, a rating linked off the state GO. The upgrade also raised Chicago’s gas tax bonds to BBB. All the ratings carry a stable outlook.

In a ripple effect on another linked rating, S&P upgraded the Metropolitan Pier & Exposition Authority $4.4 billion of debt to A-minus from BBB-plus due to the state upgrade.

“The upgrade reflects what we view as improvement in the state’s financial flexibility and monthly revenue reporting transparency, continued timely budget adoption and elimination of the bill backlog, as well as recent surplus revenues being used to promote what we view as longer-term financial stability, although credit pressures remain,” said S&P lead Illinois analyst Geoff Buswick.

The latest review comes ahead of an up to $1.9 billion GO sale planned for later this month or next month and after Gov. J.B. Pritzker inked a $46.5 billion fiscal 2023 budget and revisions to the current budget that spend down a multi-billion dollar surplus. The sale will raise $1 billion of new money for capital expenses and to fund ongoing pension buyouts and could include up to $900 million of refunding debt.

The state will have about $25.5 billion of GOs outstanding after issuing the new money and making June debt service payments, S&P said.

Moody’s Investors Service raised the state’s rating to Baa1 from Baa2 in April and Fitch Ratings upgraded the state to BBB-plus from BBB-minus Thursday. All assign a stable outlook. Moody’s and S&P first handed the state upgrades last year, reversing more than a decade of rating deterioration.

The upgrades haven’t reversed widening spreads Illinois paper has experienced in the secondary bond market since that took hold earlier this year as market turmoil rose amid fund outflows, inflation, and Federal Reserve rate hikes. The market had been factoring in anticipated upgrades but the upgrades could help tamp down deeper widening if the market trend continues, market participants said.

“We’ve seen spread widening just in general so I don’t think it’s anything related to the credit,” said Daniel Berger, senior market strategist at Refinitiv-MMD. “It’s across the board.”

The state’s use of surpluses from swelling tax collections this year to bolster depleted reserves to $1 billion, pay down $2 billion in bills and other debt, make $500 million in supplemental pension payments, and its use of federal relief for mostly one-time measures aids the state’s “trend of financial stability,” S&P said.

Surpluses will also go toward $1.8 billion of one-time tax relief with the exception of $100 million for a permanent increase in the earned income tax credit.

The state also scored points for the early passage of a budget in April, “a credit feature we consider to have improved following the budget impasses in the previous decade,” S&P said referring to the 2015-2017 budget stalemate between the legislature’s Democratic majorities and former Gov. Bruce Rauner, a Republican. Pritzker, who is seeking a second term in November, is a Democrat and enjoys a legislative super-majority.

The state also scored points on other fronts including governance. S&P praised transparent reporting from the budget office and Illinois Comptroller Susana Mendoza that aid “in addressing longstanding credit weaknesses.”

But S&P also took the state to task for its chronically late annual audits. The fiscal 2021 audit is still not published. Awaiting the state auditor general’s clearance, Mendoza earlier this year released an abbreviated, preliminary report.

“Although not required for us to consider an upgrade, a return to a more abbreviated audit-release period would be in line with that of higher-rated peers,” analysts wrote.

The report lays out a roadmap for the difficult path to make the leap back into the A category from which S&P dropped it in 2016.

“If the state continues to improve pension, other postemployment benefits, and BSF funding levels, while shrinking the statutorily created structural deficit without experiencing meaningful deterioration in other credit factors, we could raise the rating,” S&P said.

While GOP critics have attacked the Democrats’ refusal to enact structural reforms on spending and warn that leaves the state ill-prepared to manage a downturn, S&P said the current actions should help.

“We view the buildup of reserves in the budget stabilization fund, the over-statutory funding of the pension obligations, and the return of accounts payable to levels more akin to the early 2000s providing the state fiscal flexibility should credit conditions change in the future,” S&P said.

The state’s $139.9 billion unfunded pension tab for a system just 42.4% funded remains the most burdensome strain and is the “largest nominally in the country,” S&P said.

While the budget is balanced on current-year, cash basis, S&P does not view it as structurally balanced because statutory pension contributions fall about $4 billion short of an actuarial one.

“We view the difference between the statutorily set contribution amounts and our defined minimum funding progress as a structural gap. This recurring gap is expected to remain and equates to about a 9%-10% structural imbalance annually,” S&P said.

US inflation eased slightly in July on lower petrol prices
Want to buy a home? Use this mortgage calculator to determine your monthly payment
A Shingle-Clad Colonial Beckons Along The Connecticut Seashore
Illinois gets $4 billion federal boost for six-year road and bridge program
How Bollinger Bands Can Help Options Traders Set Up a Trade