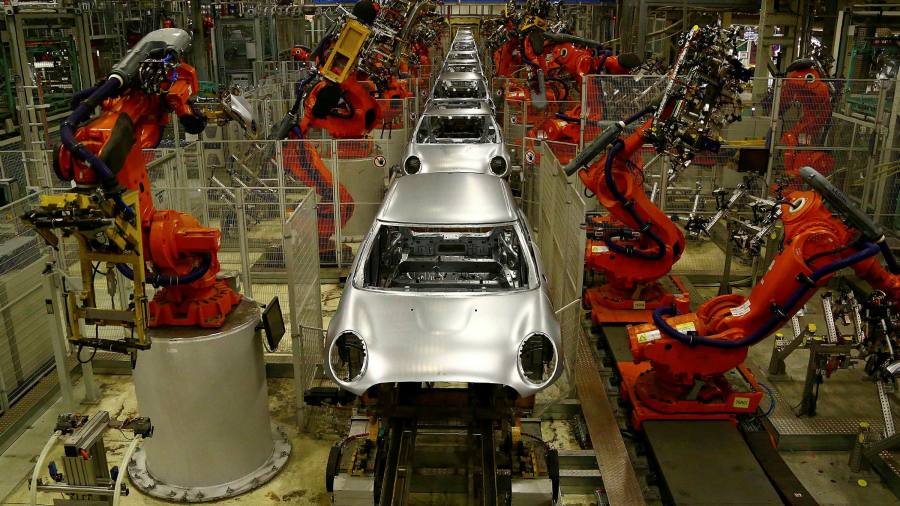 The UK economy unexpectedly contracted in March for the first time this year, driven in particular by services and manufacturing, as households brace themselves for a tighter cost of living squeeze.

Gross domestic product declined 0.1 per cent between February and March, data published by the Office for National Statistics showed on Thursday, below the no change forecast by economists polled by Reuters.

It follows stagnation in the previous month, raising concerns over the pace of the recovery. Inflation is set to accelerate from its 30-year high as energy costs have soared following Russia’s invasion of Ukraine.

Over the first quarter as a whole, the UK economy expanded 0.8 per cent over the previous three months, boosted by stronger growth in January. However, that was below analysts’ expectations of 1 per cent and down from the 1.3 per cent increase in the previous quarter.

Activity in the services sector slipped 0.2 per cent on the month and was the main contributor to March’s fall in GDP, with the motor industry particularly hard hit.

Production also fell on the month by 0.2 per cent; these falls were partially offset by construction, which grew by 1.7 per cent.

Samuel Tombs, economist at Pantheon Macroeconomics, expects GDP to contract by 0.4 per cent in the second quarter as health spending declines and consumers tighten their belts. The Bank of England forecasts the economy to alternate between near stagnation and contraction over the next two years, with output barely changed by the first quarter of 2024.

Despite the weak economic outlook, markets expect the BoE to raise its interest rate from the current 1 per cent to 2 per cent by the end of the year.