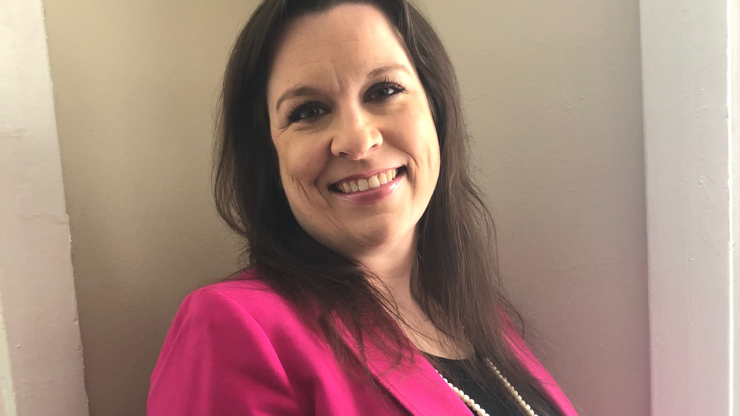 FHN Financial Capital Markets will establish its first Midwest banking presence in Chicago, led by Melanie Shaker, and put banking boots on the ground in Scottsdale, Arizona, with the hiring of Rene Moreno.

Shaker will join the firm’s existing Chicago office that houses sales professionals on May 24, and Moreno started Monday in what marks a new office for the firm although the firm already does business there. Both are senior vice presidents.

“This is part of a natural expansion for us,” said the firm’s national public finance head, Ajay Thomas. FHN is the investment banking arm of Memphis-based First Horizon Bank. Public finance is based in Texas where Thomas is based.

“Melanie brings a very diverse and unique background that I think will resonate well with issuers in the Midwest as she introduces our firm to the region. Rene brings to us a very technical skillset with a lot of strong relationships in Arizona and the Southwest,” Thomas said.

Shaker brings a cross section of experience to FHN but the position marks her first in banking. She joins the firm from S&P Global Ratings where she’s worked since 2016 as a relationship manager.

She previously worked for Sycamore Advisors where she opened a Chicago office. On the issuer side, she was chief financial officer at City Colleges Chicago and deputy CFO/treasurer at Chicago Public Schools after spending seven years early in her career as an analyst at Fitch Ratings.

Shaker will cover issuers based in Illinois, Indiana, Michigan, and Wisconsin.

“I had a great experience at S&P Global and being on the commercial side supplemented my credit background and prepared me well for this opportunity,” Shaker said.

“I am excited to leverage FHN’s outstanding underwriting desk and sector experience in Arizona, California and the surrounding Southwest region,” Moreno said.
Thomas said he has eyed Midwest and Arizona expansions for several years but was looking for the right professionals.

Thomas joined the firm in 2017 to lead a makeover and expansion. The new hires bring the number of bankers to 23. They are located in offices in Chicago, Scottsdale, New York, Charlotte, Tampa, Birmingham, Connecticut, and four Texas offices in Austin, Dallas, Houston, and San Antonio.

The firm’s public finance and municipal bond practice has about 50 professionals and includes a 12-member underwriting & trading team aided by 149 sales professionals, 11 of whom focus specifically on municipal securities. The firm has access to $8.67 billion in capital for municipal underwriting.

The number of bankers is actually down slightly from when Thomas took over and most who were there at the time no longer remain.

“It was a wholesale makeover” with the goal being to raise deal size, focus more on banking over advisory work, and raise the long term profitability of municipal banking, said Thomas, who brought many members of his banking group from William Blair & Co. with him after Blair’s exit from public finance.

Gross revenues and profitability and deal numbers have all trended upward over the last three years and exceeded goals, Thomas said. The firm ranks 17th so far this year nationally among senior managers, credited with 83 deals valued at $1.85 billion, and finished last year in the 19th slot up from 20th in 2020, 23rd in 2019, and 24th in 2018, according to data from Refinitiv.

Cracking new markets can take time given that many issuers pull underwriters from pre-qualified lists and while some frequently update those lists, others might use the same pool for several years.

“We are going to be patient,” Thomas said.

The firm also is already pre-qualified with some Midwestern issuers like Wisconsin and bankers outside of Arizona have relationships in the state. The firm underwrote Tucson’s recent pension obligation bond issue.

Thomas said the firm stresses for new clients its banking, pricing, and distribution strengths that are unique in bringing an asset class of investors in the form of bank depositories to the table based on existing relationships. FHN Financial services over 50% of all bank depositories nationally with asset size of at least $100 million. The asset class is a buy-and-hold investor that is amenable to diverse coupon structures.

Expansion remains on Thomas’ mind with a further building out existing sector-based banking capabilities from transportation to education, with goals to next establish higher education and healthcare specialties. Thomas envisions bringing the number of bankers up to 40 in the next few years.

In 2020, First Horizon and Iberia Bank merged and adopted a municipal growth strategy after a name change in 2019. In February TD Bank Group announced a definitive agreement to acquire First Horizon Corp. and all its assets including the capital markets division. The deal requires regulatory approval and is expected to close in late 2022.

TD operates its own investment banking group, so how the bank merger will impact FHN is not yet clear. “The news of the definitive agreement has no bearing on how we operate public finance and we are growing and have a number of initiatives in the fixed income division,” Thomas said.

The firm also promotes its diversity, a factor that has grown in importance to some issuers. More than 30% of the public finance group falls into the diversity, equity, and inclusion, or DEI category, including the new hires and Thomas, who is a first generation Indian-American.

After an internal review, the firm does not face a potential loss of business after some issuers like Texas have enacted bans on doing business with private businesses that discriminate against the firearm industry or boycott fossil fuels, Thomas said.