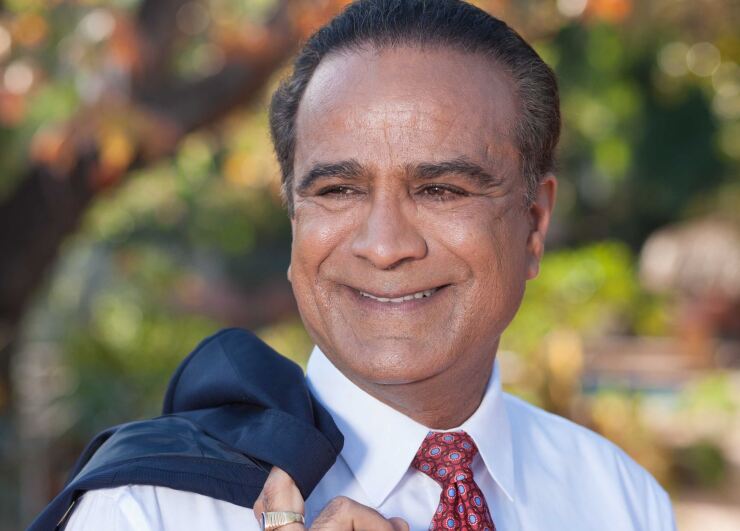 Sidhu resigned Monday, effective Tuesday, saying it would allow the city to “move forward without distractions” as the FBI investigates allegations that he provided insider information to the Angels in the proposed stadium sale in the hope of a $1 million campaign donation.

The resignation came via a statement from his criminal defense attorney.

The stadium deal had come under scrutiny from California Attorney General Rob Bonta, who said in April that it violated the state Surplus Lands Act and proposed a $123 million settlement to fund affordable housing. He had reached an agreement with the city that allowed the deal to move forward until the investigation came to light last week.

Subsequent events led a judge to grant Bonta’s request to put the $320 million sale of the stadium and adjacent lands on hold for 60 days. The council had planned to meet Tuesday night to discuss the fate of the deal and sign off on the settlement agreement.

Anaheim Mayor Pro Tem Trevor O’Neil, who has been acting as mayor since last week, will continue to lead the council.

A federal investigation into Sidhu came to light last week when charges were announced against Todd Ament, the former head of the Anaheim Chamber of Commerce. Ament was accused of funneling chamber money into his personal bank accounts after laundering it through an unnamed political consultant’s public relations firm to buy a house in Big Bear, a resort town east of Los Angeles.

Affidavits in the case filed by FBI agent Brian D. Adkins pointed to corruption far beyond the home loan, including attempts to bribe Orange County officials.

One of the affidavits revealed that Sidhu was suspected of bribery, fraud, obstruction of justice and witness tampering. The court documents claim that Sidhu may have shared confidential information with the Angels on the city’s sale of Angel Stadium in the hope of a donation to his reelection campaign.

Sidhu, 64, has not been charged, and the affidavit doesn’t allege any wrongdoing by the Angels.

“A fair and thorough investigation will prove that Mayor Harry Sidhu did not leak secret information in the hopes of a later political campaign contribution – and that no closed session material, no secret information was disclosed by Sidhu,” his defense attorney, Paul S. Meyer, said in a statement.

The affidavit released May 17 by the FBI described “retreats” with Ament and a small group of Anaheim public officials, who met to exert influence over Anaheim’s government.

The group, which described themselves as a “cabal,” according to the court documents, had so much influence that the political consultant drafted a script about a bond measure for a City Council member to use at the March 23, 2021 meeting. The affidavit doesn’t identify which City Council member the script was written for, or what the bonds were.

The council discussed and approved the sale of working capital finance lease revenue bonds to cover pandemic-driven budget gaps for the city, which was struggling with a revenue shortfall amid COVID-19 based business closures that shuttered Disneyland Resort, a significant source of revenue for the city, for several months.

The fact that members of the group wrote a script for the bond presentation was used in the affidavit to demonstrate how much sway it had. The affidavit included texts in which two unnamed members of the so-called cabal mocked the city official’s reading of the “script.”

“While we never want to see a mayor resign under these circumstances, this is the right thing for Anaheim,” said O’Neil, who along with other council members had asked Sidhu to step down last week. “Our city needs to begin the long process forward, and this is a step in the right direction.”

Under Anaheim’s charter, the City Council has 60 days to fill a vacancy in consultation with the city attorney and the city clerk. Sidhu was up for election this November.