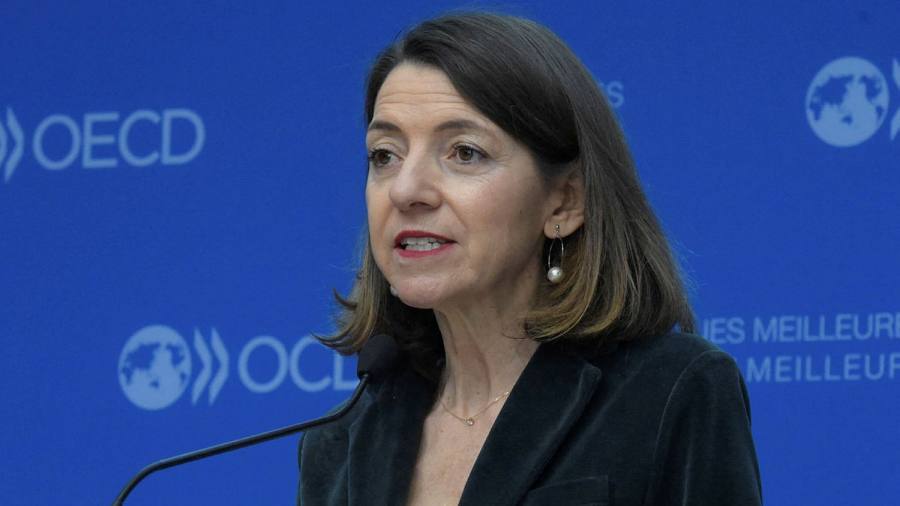 Economic growth in the UK will grind to a halt next year with only Russia, hobbled by western sanctions, performing worse among the G20 leading economies, the OECD forecast on Wednesday.

The Paris-based organisation’s forecast highlighted the effects of high UK inflation still squeezing household and corporate incomes in 2023 alongside a further round of tax increases as the main drivers of the country’s expected weak economic activity.

The forecasts underscore the difficulties a weakened Prime Minister Boris Johnson is likely to face in the months ahead as he tries to shore up support within his Conservative party after surviving a no-confidence vote on Monday and demonstrate the government can manage the economy effectively.

Speaking about the specific weaknesses of the UK economy compared with other rich countries, Laurence Boone, chief economist of the OECD, said the UK was unique in simultaneously grappling with high inflation, rising interest rates and increasing taxes.

“Inflation is high compared with other OECD countries in the G20 . . . that’s one thing. The other thing is there is fast monetary tightening which is obviously responding to [the inflation] and there is fiscal consolidation which is the highest in the G7,” she said.

“There is the sensitivity of manufacturing to the global supply chain and there is also probably a bit of Brexit [in explaining the poor performance] although we are not really able to disentangle each of these factors specifically.”

The OECD forecast that the UK economy would record growth of 3.6 per cent in 2022, although much of that reflected recovery from coronavirus at the end of last year.

But this growth would fall to zero next year as households are increasingly squeezed. Inflation would remain high and average 7.4 per cent next year having hit double digits later this year. The OECD said the economy would be “stagnating in 2023 due to depressed demand”.

There were many risks, it said, and most of these would make the situation even worse if these materialised. “Spillovers from economic sanctions and higher than expected energy prices as the Ukraine war drags on, and a deterioration in the public health situation due to new Covid strains are significant downside risks,” the report said.

It added that higher than expected goods and energy prices could reduce real incomes even further and there was no guarantee that the Bank of England would be able to get inflation quickly back to its 2 per cent target.

“A prolonged period of acute supply and labour shortages could force firms into a more permanent reduction in their operating capacity or push up wage inflation further,” the OECD said.

The organisation said it expected the BoE to raise interest rates from the current 1 per cent to 2.5 per cent as a result of the significant inflationary pressure and because it had noticed some “upward drift” in professional forecasters’ expectations of inflation in the UK, unlike in all other advanced economies except the US.