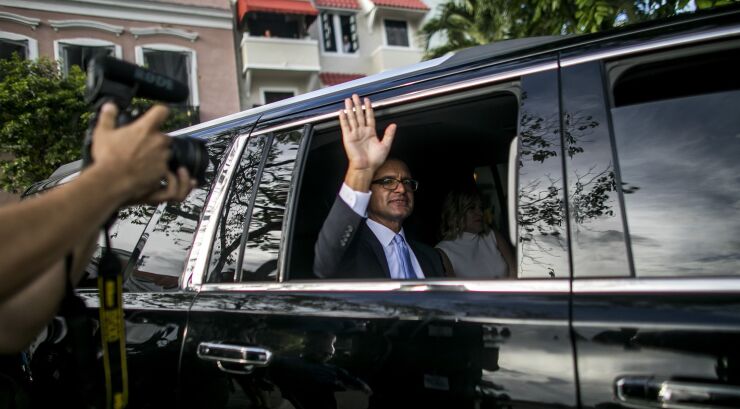 The Puerto Rico Oversight Board has raised concerns about a recently passed tax on foreign firms, which it said could cost the government as much as $143 million in its first year.

The board sent a letter to Gov. Pedro Pierluisi Thursday threatening to block the new tax, unless he takes steps to insure it’s revenue neutral. Pierluisi signed the bill into law at the end of June.

Act 52 tax will replace the Act 154 excise tax on the revenues of foreign corporate subsidiaries based in Puerto Rico. A U.S. Treasury action on Jan. 1 will make Act 154 financially untenable on the island. Act 52 would be an income tax on foreign corporations rather than an excise tax.

While Puerto Rico is part of the United States, for tax purposes it is considered a foreign land.

Most of the corporations affected by Act 154/Act 52 are in the pharmaceutical industry, with about 10 contributing the bulk of these tax revenues.

In a statement the board said Act 52’s impact on revenues is unclear but it could cost the government as much as $143 million in its first year, or roughly 1.3% of the general fund.

According to information the Puerto Rico Treasury Department released Friday, the excise tax Act 52 is meant to replace brought in 16% of net general fund revenues in fiscal year 2022.

The board found the increase in the conservation easement tax credit from $3 million to $15 million in Act 52 “particularly troubling,” since the local government increased the credit without introducing other measures to offset the revenue loss.

The board told Pierluisi the government had to take steps to maintain “revenue neutrality” and enable the board to certify the act is consistent with the fiscal plan.

The board wants the government to set aside $250 million from prior year surpluses as a backstop against any potential shortfall from the new tax regime, and to freeze implementation of physician tax incentives until the board approves an administrative order that includes “guardrails” to prevent the incentives’ potential negative revenue impacts.

If the government will put in writing that it will abide by the board’s requested provisions, the board said it will certify Act 52 as consistent with the fiscal plan.

“Should the government decline to confirm the requirements to achieve revenue neutrality, the Oversight Board reserves the right to take such actions as it deems necessary, consistent with PROMESA, including seeking remedies to prevent implementation and enforcement of Act 52 as well as to have Act 52 nullified,” the board said.

A spokeswoman for Pierluisi did not immediately respond to a request for comment.