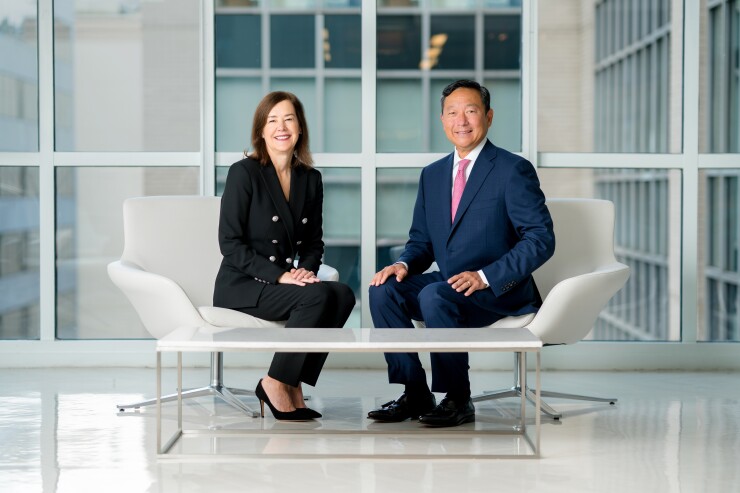 The board had been operating at a deficit for many years, but with the help of its new fee setting model, the continued draw down of some of its reserves and holding down expenses to 4.9%, despite high inflation, shows the board is taking its fiscal stewardship seriously in its continuous efforts to build public trust, its leaders said.

“The reason why we’re so happy with this new fee model and as well as with our budget for fiscal year 2023 is that this is the first balanced budget that the MSRB’s Board has adopted in many years, and it really reflects the commitment to fiscal stewardship that we have and accountability to our stakeholders for the resources that they provide to us,” said Mark Kim, chief executive officer for the MSRB.

“As the self-regulatory organization for the $4 trillion U.S. municipal securities market, we understand that fiscal transparency and accountability are critical to earning and maintaining public trust,” said MSRB chair Meredith Hathorn in a joint statement with Kim. “The Board has approved the MSRB’s budget for the new fiscal year beginning on Oct. 1, 2022, to advance our priorities in support of the Strategic Plan we adopted last year with extensive input from our diverse stakeholders.”

The FY 2023 budget includes another $5.6 million for the Board of Directors and the MSRB’s 11 staff members, as well as an additional $4.8 million for its 16 professional staff in charge of finance, human resources and administration.

Hathorn and Kim noted the MSRB’s new approach to fee setting that will annually adjust fee rates to account for prior year results and thus ensure the organization has sufficient annual revenue to fund operations while allowing it to more effectively and efficiently manage reserve levels as it delivers on its multi-year strategic plan.

“One of the things that we heard from our stakeholders over and over again was having certainty about what they were going to have to pay as far as the underwriting and transaction activity fees for the dealers and professional fees for MAs,” said Hathorn. “We’re very interested in having some certainty as to their fees and we think that the rate cards really eliminates the volatility that could affect the revenues.”

“The MSRB last presented a balanced budget in FY 2016,” Hathorn said. “Since then, we have seen unprecedented variability in the market activity including record underwriting and transaction levels. The new annual rate setting process will ensure we will always effectively have a balanced budget that returns any excess accumulated revenues to the market. That is our commitment to public trust.”

“Importantly, the budget reflects our continued efforts to manage reserves and expenses in a manner that responsibly funds the important work of the MSRB to protect and strengthen our market and uphold the public interest,” Hathorn and Kim said.

The board has been operating with excess reserves in recent years, largely as a result of high levels of municipal issuance and high levels of activity related to COVID-19 disruptions in FY 2020. The 18-month plan to bring excess reserve levels down by $19 million, instituted in FY 2021, will also continue for part of the year.

“Based on the timing and billing of cash receipts for market activity fees, reserves draw down due to the temporary fee reductions will continue through the first quarter of FY 2023,” the budget said.

Plus, the new rate card model has what Mark Kim described as pressure relief valves, which should prevent the accumulation of excess reserves like they’ve seen in the past.

The MSRB made much of its technology initiatives over the last year, especially with its launch of EMMA Labs, and its recently redesigned MSRB.org.

Hathorn also highlighted the board’s ongoing efforts in collaboration with the Securities and Exchange Commission and the Financial Industry Regulatory Authority to bring greater transparency to fixed income markets. Its request for comment on MSRB Rule G-14, which is set to close on Oct. 3, is part of that, and the board anxiously awaits all responses.

How Technology Will Impact Multifamily Living In 2023
The Best Baby Furniture And Decor As Seen At Prego Expo LA
Bahamian Attorney General Insists FTX Is the Subject of an ‘Active and Ongoing Investigation’
Hawaii’s fiscal 2023 funded project list released by Gov. David Ige
Fumiya ‘the Most Famous Japanese in the Philippines’ Becomes PROJECT XENO Ambassador