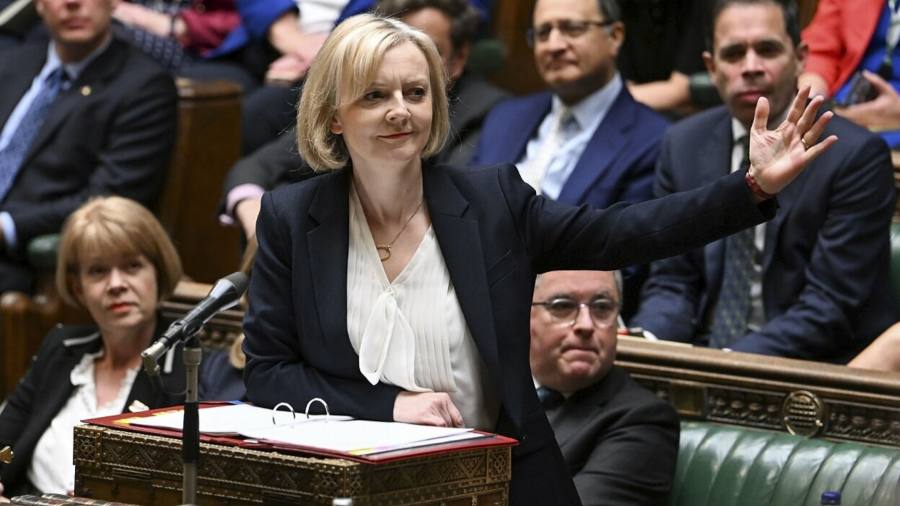 Liz Truss’s UK government was plunged into complete disarray on Wednesday as Suella Braverman was forced to quit as home secretary and party discipline collapsed in the House of Commons.

Many Tory MPs said the government was dying, as recriminations flew over Braverman’s ousting and Tory MPs openly rebelled over the government’s plans to resume shale gas fracking.

Business secretary Jacob Rees-Mogg admitted he was “not entirely clear” whether government chief whip Wendy Morton had also resigned, as the Conservative government was engulfed by chaos.

Labour MPs claimed Tory whips tried to push rebel MPs into government division lobbies in a vote on whether to ban fracking. Chris Bryant, chair of the Commons standards committee, said MPs had been “physically manhandled” and “bullied”.

The government won the vote comfortably by 326 to 230, but the result confirmed that a significant number of the 357 Tory MPs had defied the party whips and abstained.

The extraordinary scenes came shortly after Braverman was ousted as home secretary and only five days after Truss sacked her chancellor Kwasi Kwarteng.

Meanwhile, the government is seeking to carry out contentious spending cuts and tax rises in the wake of its failed “mini” Budget. “How can she be held to account when she’s not in charge?” asked Sir Keir Starmer, Labour leader, in the Commons.

Grant Shapps, the former transport secretary sacked by Truss last month and an ally of her leadership rival Rishi Sunak, will replace Braverman. He had previously been depicted by Number 10 as a “plotter” and his appointment was seen by Tory MPs as a further sign of Truss’s weakness.

In a resignation letter that contained a broadside against the prime minister and hinted at disarray at the top of government, Braverman insisted she had committed only “a technical breach” of security rules.

She accused Truss of breaking “key pledges”, including preparing to backtrack on a manifesto commitment to reduce immigration and issued a veiled hint that the prime minister should also consider resigning.

“Pretending we haven’t made mistakes, carrying on as if everyone can’t see we have made them, and hoping that things will magically come right is not serious politics,” Braverman wrote. “I have made a mistake; I accept responsibility; I resign.”

In response, Truss accused the former home secretary and Tory leadership hopeful of breaching the ministerial code and “cabinet confidentiality”.

Number 10 officials claimed Braverman had sent details of confidential cabinet committee discussions about immigration to a colleague using a private phone. Braverman acknowledged she had made “a mistake”.

Truss’s allies insisted the security breach was serious because it related to discussions about allowing more high-skilled immigration — a move intended to boost UK growth.

The policy, driven by the new chancellor Jeremy Hunt, would be submitted to the Office for Budget Responsibility in the hope that the independent body would upgrade the UK’s growth forecast. By contrast, Braverman has made clear her opposition to increased immigration.

Some in Whitehall maintain the security breach was used as a pretext by Truss to oust Braverman, a potential leadership candidate who has courted the Tory right by denouncing “woke” tofu-eaters and claiming that her “dream” for Christmas would be to deport a planeload of asylum seekers to Rwanda.

One Whitehall insider said: “Number 10 has been planning for a number of days to appoint a new home secretary.”

In a further sign of her limited room for manoeuvre, Truss promised a 10 per cent rise in the state pension after a backlash from Conservative MPs and Tory-supporting newspapers against the idea of scrapping the so-called “triple lock”.

The prime minister held emergency talks with Hunt on Wednesday and insisted the government had to stick to the triple lock, which ensures that pension payments rise in line with inflation, average earnings or by 2.5 per cent each year, whichever is higher. Hunt, who is seeking to fill a £40bn hole in the public finances, had earlier in the day refused to commit to the pensions rise.

In a further sign of the disarray in Number 10, Truss suspended a key aide, Jason Stein, over allegations that he delivered hostile briefings against Tory critics of the prime minister.