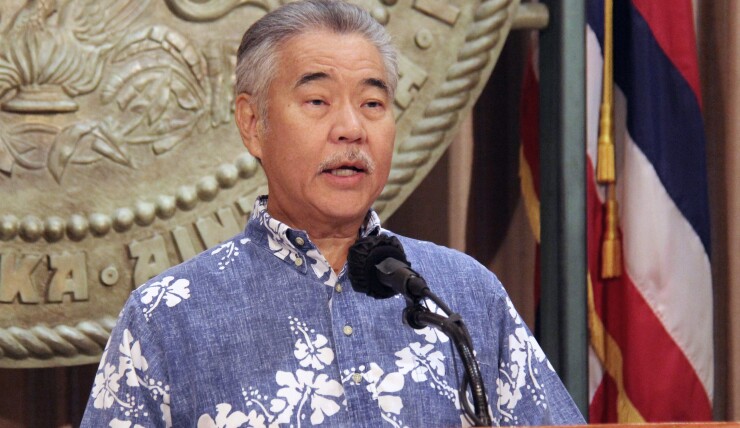 Hawaii Gov. David Ige released a list of $392 million in capital improvement projects Monday that will be paid for with funding approved by lawmakers earlier this fall.

The projects — that will be administered by the appropriate state departments — support priorities Ige said he has advocated for during his eight years as governor. Ige terms out this year.

“It’s been gratifying to partner with the Legislature to provide improved facilities where they’re needed the most,” Ige said.

The funding was released in September and October for the projects that support affordable housing, education, environmental protection and essential infrastructure in the state.

“Projects such as these are critical components of the public infrastructure and contribute to building a better home for our kupuna, keiki and all the residents of Hawaii,” Ige wrote in a letter attached to the list.

King Kekaulike High School is receiving $15 million to fund the cost to design and construct a theater. The Koloa Elementary School on Kauai will receive $932 million for improvements. Education is funded at the state level in Hawaii.

The funding will also provide a $41.5 million cash infusion for the Rental Housing Revolving fund for affordable housing on Oahu.

It also includes tens of millions to support water quality projects across the state.