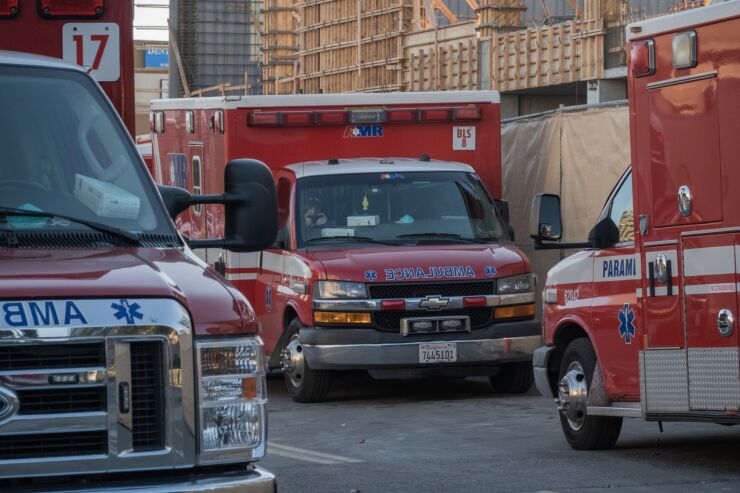 Kaweah Delta Health Care District had its revenue bond rating downgraded to Ba1 from A3; and the district’s overall rating has been placed under review for downgrade, Moody’s said.

The ratings agency not only downgraded the existing debt, but also warned that further downgrades could be coming if the situation does not improve.

The downgrade resulted from a “sudden and precipitous decline in operating performance in the quarter ending September 30, which has resulted in material cash burn to levels well in excess of expectations from our most recent review,” Moody’s analysts wrote.

“Failure to reverse cash-flow losses will result in further material cash declines and could cause the system to breach financial covenants and necessitate the funding of a debt service reserve fund,” Moody’s wrote.

Kaweah Health was founded in 1963, and is the largest hospital in Tulare County and the only local hospital in Visalia, according to its website. The eight-campus healthcare district includes 613 beds.

Like other hospitals systems nationally, Kaweah is being forced to make tough decisions about whether it may have to cut services, but it is also in the unique position of being the lone hospital in the county.

Gary Herbst, chief executive officer, of Kaweah could not immediately be reached for comment.

While labor and inflation pressures are hospital sector-wide challenges, the impact to Kaweah has been disproportionate, which will make it very difficult to stem losses going forward despite a thorough recovery plan, Moody’s analysts wrote.

Ratings agencies have a negative outlook for the hospital sector, as hospitals work to recover from the higher cost of treating COVID-19 patients combined with labor shortages.

Kaufman Hall, a data and analytics firm, that tracks hospital margins on a monthly basis reported weaker results for October, which it said, makes it likely that the sector will close out the calendar year in negative territory.

S&P Global Ratings Thursday moved its outlook on the sector to negative from stable for 2023 and Fitch Ratings said it will maintain the deteriorating outlook placed on the sector in August.

“Intergovernmental transfer funds and 340B savings will continue to support margins, however the high dependency on these programs, which now represent well over 100% of operating cash flow in most years, can be very impactful if changes occur to the programs or to the timing of payments,” according to the rating agency.

Strengths cited in Moody’s report include the system’s leading market position as the major tertiary referral center for Tulare County, which has allowed for good revenue growth. Additional strengths include an all-fixed rate debt structure and conservative investment portfolio, although the district carries a high Moody’s adjusted pension liability.

The rating is under review for downgrade due to the probability that operating cash-flow losses and further cash declines will be prolonged, Moody’s analysts said. Analysts plan to conduct another review after fourth quarter financials post on Dec. 31.

The revenue bonds are enhanced by a gross revenue pledge of Kaweah Delta Health Care District. There is no debt service reserve fund required except in the event the district fails to meet a 1.5 times cushion ratio test and a 1.35 times maximum debt service coverage test twice a year as outlined in the bond indenture.

Additional covenants include a cash-on-hand test of a minimum 90 days and a long-term debt service coverage test of 1.25x (or 1.1 with at least 75 days cash on hand). These covenants are measured annually at June 30. Failure to clear these tests would require a consultant call-in.

According to the bond documents, the system would be in compliance as long as it is following the consultant’s recommendations and the consultant projects long-term debt service coverage of 1 times.

Rumor has it that Dogecoin could shift to proof-of-stake — What does that mean for miners?
Robots could surpass workers at Amazon by 2030, Cathie Wood says
Key takeaways from Circle’s $44.5B USDC reserve report
Miami-Dade County, city expect bright economic future
Sunak faces crunch decision on post-Brexit Northern Ireland