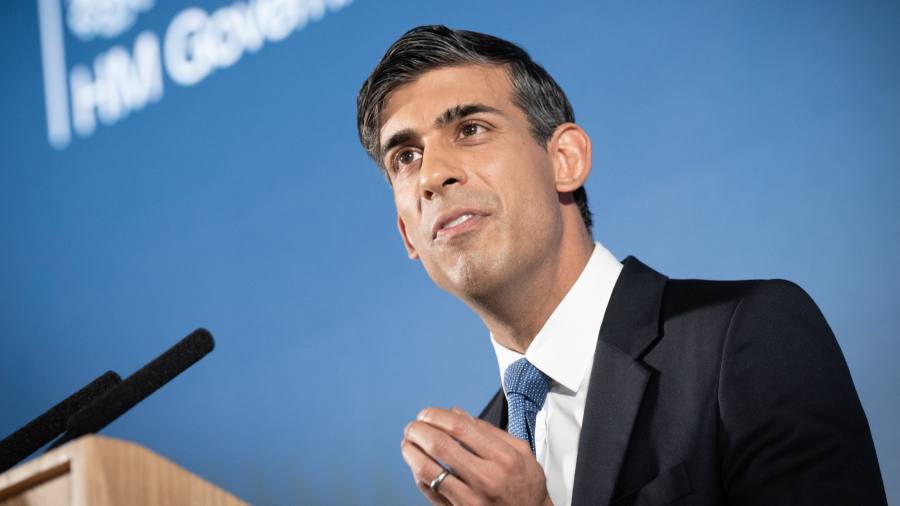 Rishi Sunak on Wednesday outlined five key promises for the next general election, including expanding the UK economy and cutting NHS waiting lists, as he squared up to the Labour party at the start of a pivotal year in British politics.

In his first big domestic policy speech as prime minister, Sunak said he wanted to deliver “peace of mind” to a country confronted by a recession, strikes and a meltdown in the NHS.

Meanwhile, Sir Keir Starmer, Labour leader, will also draw on Blairite themes in his own new year speech on Thursday, with a promise to keep a tight grip on public spending and push for radical reform of public services.

Both leaders know 2023 will be a crucial year in framing a general election widely expected to take place towards the end of next year.

Starmer will claim in his speech that Labour can oversee a decade of “national renewal” but will warn: “Let me be clear: none of this should be taken as code for Labour getting its big government cheque book out again.”

He will add: “Of course investment is required. I can see the damage the Tories have done to our public services as plainly as anyone. But we won’t be able to spend our way out of this mess.”

While Labour enjoys leads over the Conservatives of about 20 points, Starmer knows he still has to reassure the public that he will maintain a tight grip on the economy.

The Labour leader lags behind Sunak on economic competence and leadership in surveys, offering some hope to Tory MPs in an otherwise bleak political landscape.

Sunak on Wednesday attempted to put the economy centre stage in his pitch to voters.

“We will rebuild trust in politics through action, or not at all,” he told an audience at the Olympic Park in east London. “So I ask you to judge us on the effort we put in and the results we achieve.”

Several of the economic tests that Sunak set himself for this parliament are broadly in line with what independent economists and the Bank of England expect to happen.

Economists estimate UK consumer price inflation passed its peak in November last year, when it fell to 10.7 per cent. Forecasters expect the rate to halve this year.

The BoE, even under its most pessimistic forecast, expects the economy to be growing by the end of 2024.

Sunak pledged to reduce public debt but did not clarify by how much or when.

His promise to cut record NHS waiting lists — more than 7mn patients in England were waiting for non-urgent hospital treatment last month — is politically vital, but he did not say how big a reduction he hoped to achieve.

The pledge follows warnings by senior health service officials about the unprecedented strain on the NHS as a result of rising flu and Covid-19 cases, the waiting list backlog, industrial action and staff vacancies.

Sunak also confirmed he would pass new laws to ensure that anybody arriving in the UK illegally would be detained and swiftly deported.