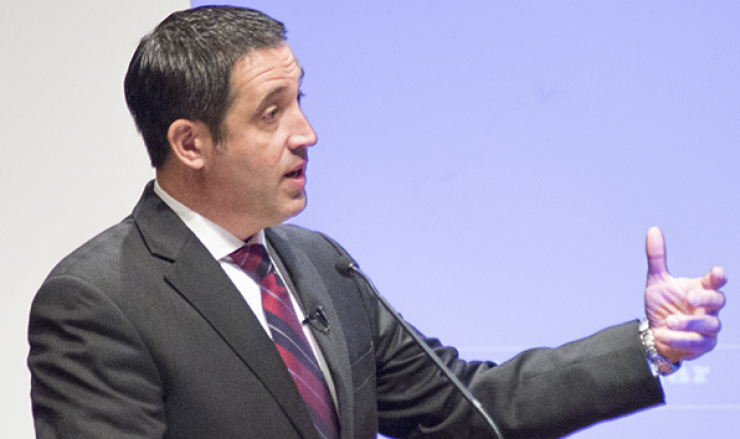 Texas is forecasting a record $32.7 billion budget surplus as a surge in sales taxes boosts the government’s revenue by billions more than what analysts had estimated.

The expected surplus, also called a cash carryover balance, is the largest on record for the Lone Star State and 21% more than the $27 billion forecast in July, Comptroller Glenn Hegar announced Monday. Including the extra cash and taking into account transfers to reserve funds, he projects the state will have $188.2 billion of revenue available for general-purpose spending in the two-year period that begins in September, a 26.3% increase from the 2022-2023 biennium.

The spare cash is a “result of vigorous economic growth since the end of COVID-19 pandemic restrictions, spikes in energy prices and, unfortunately, the highest rate of general price inflation in 40 years,” Hegar said in a news release.

Of the total, about $10.2 billion must be transferred to the Economic Stabilization Fund — or rainy day fund — which is intended to help the state cope with an economic downturn, and the State Highway Fund. And another $155 million will be set aside to cover a shortfall in the Texas Guaranteed Tuition Plan, also known as the Texas Tomorrow Fund.

The surplus stands in contrast to New York and California, which are each expecting budget gaps in the upcoming fiscal year, though both states have strong reserves. Without a state income tax, Texas gets the bulk of its revenue from sales taxes. A smaller portion comes from levies on oil and gas production.

Hegar’s forecast, called the Biennial Revenue Estimate, acts as a guide for lawmakers to craft a budget during the legislative session that starts Tuesday. Texas operates on a two-year budget, meaning that the revenue estimate requires predicting what the economy will look like from September 2023 through August 2025.

Hegar, a Republican who was re-elected to his third term as comptroller in November, said this estimate was his “most challenging yet” as the state prepares for what may be a global economic slowdown. He urged lawmakers to consider using the unprecedented surplus to invest in infrastructure and other services that will fuel Texas growth, specifically expanding broadband connectivity and raising state employees’ salaries to retain talent.

The state’s Republican-led administration and legislature are still sorting out those priorities. Like Hegar, House Speaker Dade Phelan has also backed the idea of spending on infrastructure. Governor Greg Abbott has said he wants to use some of the surplus to lower property taxes. Lieutenant Governor Dan Patrick, who presides over the senate, has said that the priority should be shoring up the state’s troubled electric grid.

Hegar warned of “substantial uncertainty” in his forecast and said that the estimate will be updated in the event of “significant changes in economic conditions.”

Hegar’s outlook assumes a “mild recession” in 2023. He expects it to be “relatively shallow and short” in Texas, and for inflation-adjusted gross state product to continue to grow on an annual basis. The state is more resilient to an economic downturn than other areas of the US because of its diverse economy and the growth in population and corporate expansions, he said. Texas’s population has jumped about 20% since 2010, according to Census data.

He projects the state’s economic growth in the 2024-2025 biennium as measured by real GSP will average 1.9% annually.