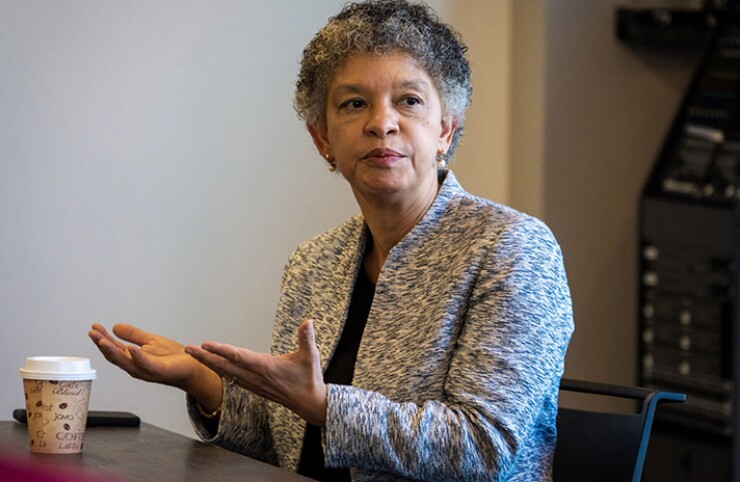 Downshifting to a smaller move from the more aggressive rate increases the Fed rolled out last year would give officials more time to see how their actions are affecting the economy, Collins said Wednesday in an interview with The New York Times.

The Fed raised its main rate by 50 basis points at the last meeting in mid-December, slowing down following four straight 75 basis-point increases. Inflation data due Thursday have the potential to make a quarter-point move more certain, if price gains continue to slow.

“I think 25 or 50 would be reasonable; I’d lean at this stage to 25, but it’s very data-dependent,” Collins said. “Adjusting slowly gives more time to assess the incoming data before we make each decision, as we get close to where we’re going to hold. Smaller changes give us more flexibility.”

Policymakers rapidly lifted interest rates last year from near zero levels in March to a range of 4.25% to 4.5% in December, quickly hiking borrowing costs in an effort to tame the strongest inflation in a generation.

Collins, who does not vote this year in monetary policy decisions but will take part in deliberations, told the Times she backs raising interest rates to slightly above 5% this year, potentially by approving quarter-point rate increases in February, March and May.

Munis firmer across the curve, outflows return
Hong Kong services to rebound as China reopens, but UBP says sector is coming from ‘fragile situation’
Texas school bond guarantee program capacity falls below $27 million
Rumor has it that Dogecoin could shift to proof-of-stake — What does that mean for miners?
Jim Carrey’s Los Angeles Estate Hits The Market For $28.9 Million