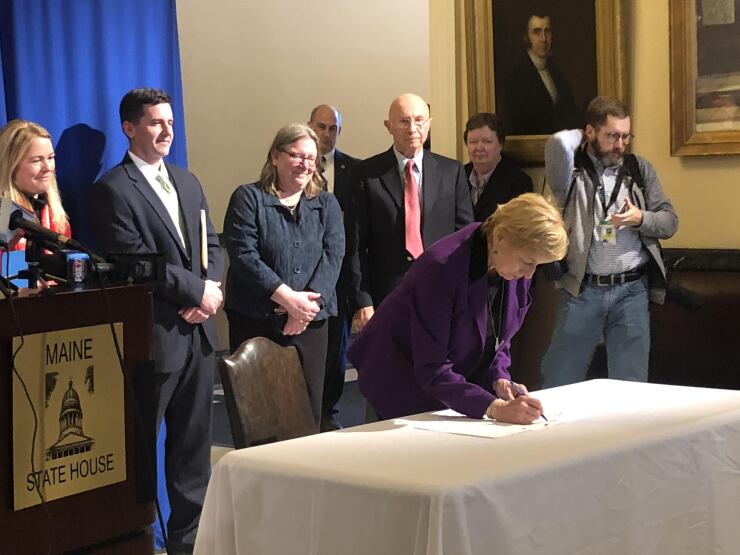 “If we want to build a stronger, more prosperous state where opportunity is available to all, then we must invest in the infrastructure that supports our greatest asset: the people of Maine,” Mills said in a press release. “This budget proposal aims to strengthen what Maine people rely on every day to succeed, all while not raising taxes, living within our means, and protecting us against the possibility of a recession.”

Mills, a Democrat, was reelected in November, winning a second term by a comfortable margin against her Republican predecessor, Paul LePage. Democrats control both houses of the state legislature.

Mills’ plan would allocate $400 million to Maine’s Department of Transportation.

Maine’s DOT is responsible for nearly 9,000 miles of highway, 2,700 bridges and 588 miles of railroad track and identified over 2,000 individual projects in a three-year capital plan published in January.

That plan includes $80 million in spending on bridge construction and repair, $42 million for rail line upgrades, and another $43 million to be distributed to municipalities for road improvements.

The capital plan’s priciest allocation is $80 million set aside for its obligations on around $186 million in debt associated with development grant bonds issued for capital improvements.

In October Moody’s Investors Service gave an A2 rating to that debt, issued by the Maine Municipal Bond Bank on behalf of the Maine DOT, citing strong reserves, and large pledges of federal aid.

The rating agency assigns its Aa2 rating with stable outlook to Maine’s total $589.7 million of outstanding GO bond debt, citing the state’s “stable economy, strong financial position”and “adherence to governance best practices that will enable the state to maintain budgetary balance” when it affirmed the rating in June.