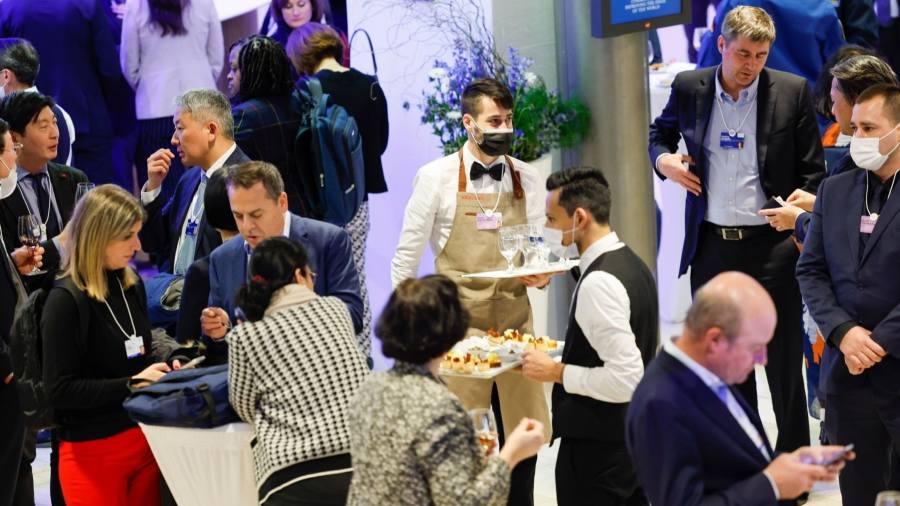 Business leaders and top government officials have expressed optimism about the global economy as China drops coronavirus controls, the US embarks on a green investment boom and western Europe adjusts to the impact of Russia’s war in Ukraine.

At the World Economic Forum in Davos, Gita Gopinath, deputy managing director of the IMF, signalled that the fund would upgrade its economic forecasts. Instead of predicting a “tougher” 2023, she now expected an “improvement” in the second half of the year and into 2024.

Positive data from Europe and the US in recent weeks have boosted hopes that the world’s economy will avoid a recession this year.

Germany’s chancellor, Olaf Scholz, told Bloomberg that the eurozone’s largest economy would avoid a recession, while the Mannheim-based think-tank ZEW said its monthly gauge of investor sentiment had turned positive for the first time since Russia’s invasion of Ukraine.

Daniel Pinto, head of JPMorgan’s investment bank, highlighted the global economy’s resilience. “We have come through a period with a war, a pandemic and the biggest normalisation of monetary policy in history,” he said. “Considering all the things that have happened, the world is a lot better than you would have expected.”

While the economic downturn in advanced economies no longer appears as bad as feared, Chinese growth has slowed, with Beijing posting a disappointing rate of 3 per cent for 2022.

Gopinath warned that 2023 would nevertheless be a “tough year”. With inflation still too high, central banks should “stay the course” with interest rates rising until inflation fell sustainably, she said.

However, financial markets have rallied on the back of lower energy prices, fewer supply chain difficulties and the end of China’s zero-Covid policy.

Liu He, Beijing’s top economic official, told the forum China’s economy would bounce back. “If we work hard enough, we are confident that growth will most likely return to its normal trend,” he said. “The Chinese economy will see a significant improvement in 2023.”

“There is a need to be competitive with offers and incentives that are currently available outside the EU,” she said.

She added that the region had brought energy prices down “quicker than anyone expected”.

European wholesale natural gas prices hit an intraday low of under €52 a megawatt hour on Tuesday, the lowest since September 2021. Although prices remain more than double the average price before Russia’s invasion of Ukraine, they have fallen 85 per cent since peaking in August.

Fatih Birol, head of the International Energy Agency, praised Europe’s progress, but cautioned gas prices would not have fallen as far had the weather not be so clement.

Video: Davos: why stakeholder capitalism is under attack | FT Moral Money
This article was originally published by Www.ft.com. Read the original article here.